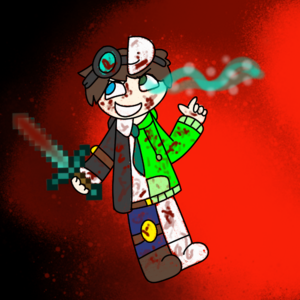 but this is the better drawing description

on the right side a lime green hoodie and white trousers

a long time ago in a galaxy far far away-

our whole universe was in a hot dense state-

who the fuck wrote this script?

so basically i found this really weird skin on a minecraft website which i thought was vaguely cursed, so i ran it through notsobot, it looked like a creepypasta character, and everything escalated from there

ps btw when i get access to my other laptop i'll get the link to where i found the skin in the first place, i found it by accident the link is on my old laptop i dont have it rn

how to avoid dying from him[edit | edit source]

dreamtdm.exe is ruthless and if he decides you should die then that's the end of it. once you're on his hitlist you're fucking doomed and there's nothing you can do. if you pray to him every day he might not put you on his hitlist but that isn't guaranteed.

Retrieved from "https://random.miraheze.org/w/index.php?title=DreamTDM.exe_(character_description_page)&oldid=20466"
Categories:
Cookies help us deliver our services. By using our services, you agree to our use of cookies.